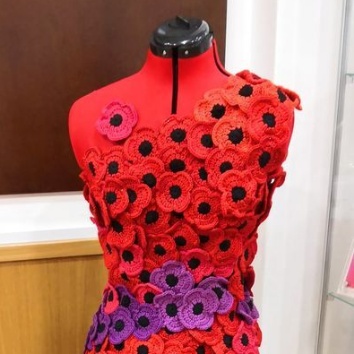 The beautiful dress was made by DHSG student Tavy from y9 with help from Esther and Clara.

The red poppy is a symbol of both Remembrance and hope for a peaceful future. Poppies are worn as a show of support for the Armed Forces community. The poppy is a well-known and well-established symbol, it carries a great amount of history as well as meaning with it.

A poem inspired an American academic named Moina Michael to adopt the poppy in memory of those who had fallen in the war. She campaigned to get it adopted as an official symbol of Remembrance across the United States and worked with others who were trying to do the same in Canada, Australia, and the UK. Also involved with those efforts was a French woman, Anna Guérin, who was in the UK in 1921 where she planned to sell the poppies in London. There she met Earl Haig, founder of the Royal British Legion, who was persuaded to adopt the poppy as our emblem in the UK and ordered nine million poppies and sold them on 11 November that year.

The red poppy is the most famous symbol used to commemorate those who sacrificed their lives in World War One and conflicts that followed. Red poppies represent remembrance and hope. The purple poppy is often worn to remember animals that have been victims of war. Animals like horses, dogs and pigeons were often drafted into the war effort. So, the purple poppy is used to commemorate them. 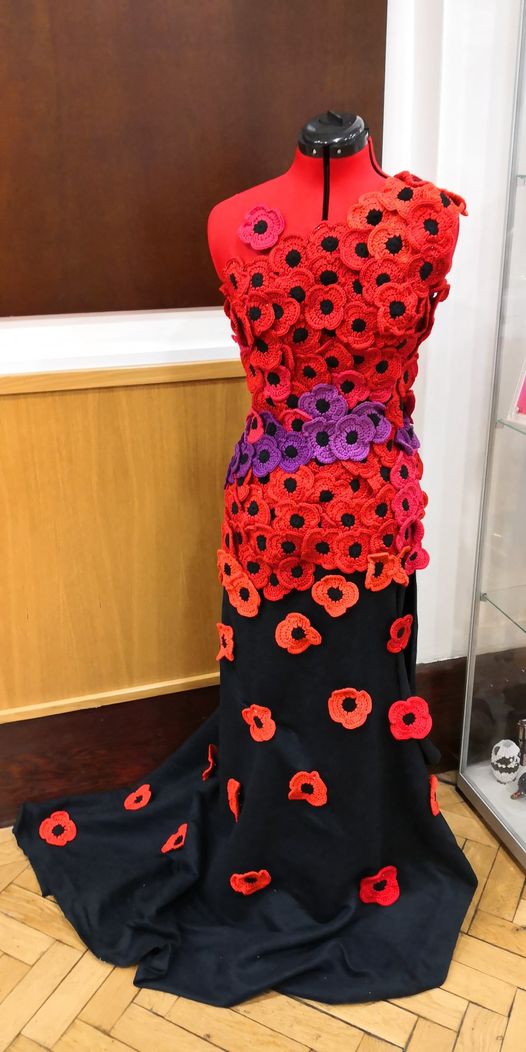