Devonport High School for Girls is proud to announce its inclusion in a major publication to celebrate the centenary of women gaining the right to vote in the UK.

This year marks 100 years since Parliament passed the Representation of the People Act 1918 which was a package of electoral reforms that extended the vote to women for the first time. 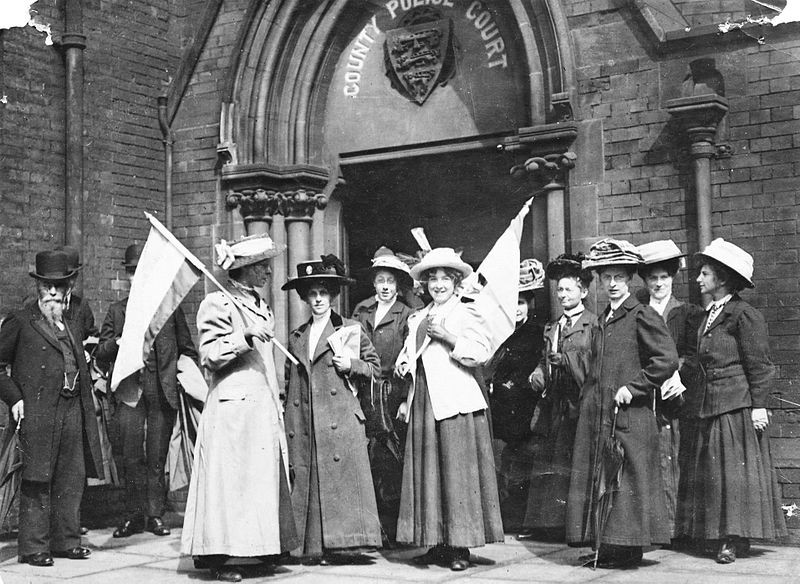 As part of these celebrations, publisher St James’s House has partnered with the History of Parliament Trust to produce their official commemorative album for the Vote100 anniversary.

Launching in June 2018, this book tells the story of the 84-year struggle for women to get the vote, how the vote was won and what that has meant for women since.

In addition to discussing key historical events, this fully illustrated coffee-table book will showcase a selection of organisations drawn from educational, cultural, social, technological and business spheres with relevant stories to tell.

As a representative of the Education sector, Devonport High School for Girls has joined the celebrations as an editorial partner and sponsor for the official History of Parliament Trust Vote100 commemorative album.

‘At Devonport High School for Girls we are passionate about providing a first class educational experience which creates successful, happy students with the skills to carry out leading roles within a global society. We were therefore honoured when selected to contribute to the commemorative album for the Vote 100 anniversary’, says Mrs Anita Hemsi, Head Teacher.

St James’s House Founder and CEO, Richard Freed, said, “Equality is one of the most important values underpinning our society, and we are extremely excited to be producing this official commemorative album for the Trust. We are also very pleased to be working with Devonport High School for Girls as one of our profiled organisations.”

This publication will be distributed on a controlled-circulation basis to key figures and organisations around the world including Members of the House of Lords and House of Commons, and will be made available to the general public through leading book retailers including Amazon.

St James’s House has previously produced official commemorative publications for The Queen’s 90th Birthday Celebration at Windsor Castle, the 750thanniversary of Parliament in the UK and the 50th anniversary of the CBI. For 2018 it is also working with the RAF100 Appeal to produce a series of publications associated with the RAF’s centenary.